There are two ways to stockpile and panic-hoard; the right way and the wrong way. The wrong way has been well-documented and has led to shortages of food, hand-sanitizer, and – most famously and mysteriously – toilet paper. The second way is what’s keeping my mental health above water and, if you are reading this blog, chances are it’s been your preferred option too.

I saw the first sign that people were panic buying about four days before the trolley tsunami crashed onto our local Tesco. The cashier at my till remarked that I was the first person she’d served all day who didn’t buy toilet paper. I was bemused. It was 4pm. What did I not know about the global bog roll markets? What did I miss in scripture about the Apocalypse; was the fifth horseman ‘The Runs’? We laughed about it. Moved on.

Perhaps like me you’ve walked through the empty supermarket aisles, frightened by the behavior of some of our fellow citizens. Whole shelves emptied. The first time you see it you are shocked and bemused; catching the eye of other shoppers who didn’t get the memo as you shrugged and laughed nervously. But when you went back a few days later and there was still not pasta, or bread, or even flour the fear in your gut began to knot up. When would this end?

And so, you heard about the Mutual Aid movement and it made perfect sense. People looking out for each other, neighbours connecting, making sure those over seventy or in some way unable to leave the house had a connection with the outside world. People dropping notes thought each other’s doors. And you realised that this was the sort of stockpiling the world needed. 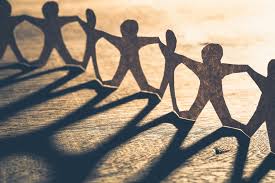 So, I go out one drizzly evening and slip a note through 35 doors in my street in Didcott and the street alongside it. As soon as I get back home my phone pings. Ellie from a few doors down is ‘in’; she gives me the phone numbers of everyone in her family to add to the WhatsApp Group. It’s been less than a week now and there are 21 households – including 3 who don’t have smart phones but are on our list and called up. A lady in her 80’s needed bread? No problem, Jason was going to go out and see what he could find. Someone else had allergies and need tissues, that’s fine, two people have spare boxes? And here’s a on old black and white photo of our street in the 30’s. And is anyone looking out for Liz? They are! Brilliant. Two of us work on the same business park? I never knew!

Some people thanked me for doing it and that’s lovely, but I think they get the point – I didn’t do this for selfless reasons. Not only do they know that, but it makes it better. Selflessness can create a power imbalance in a relationship that often sits uneasy. I did this because I could see that in a pandemic with a potential lockdown, what we need to hoard is meaningful, reciprocal relationships. Running for the hills with a crate of tinned soup and a pack of Andrex will keep us alive for a while, but it’s an infantile solution to the problem. And not the solution of survivors. 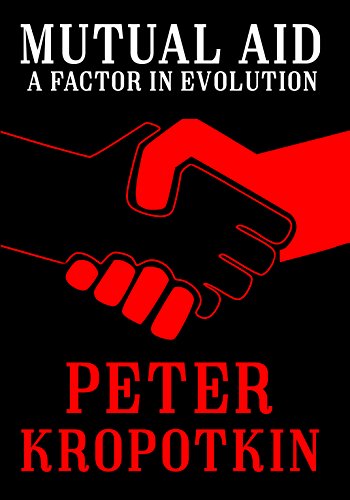 In 1902 – bear with me – Peter Kropotkin wrote the book ‘Mutual Aid: A Factor of Evolution’. It’s fair to say that this book changed my life. Not in 1902, I read it about 100 years later. Kropotkin, a Zoologist, was fed up with the way people were using Charles Darwin’s theory of evolution to justify selfishness and eugenics. He felt they misunderstood the meaning of the phrase ‘the survival of the fittest’ and that fitness wasn’t about physical prowess but rather about sociability. The book is a journey across continents and species proving that it was the most sociable and mutualist animals that flourished; and chief among these is humans.

So like many of you, in the face of the Corona Virus lockdown, I’ve started hoarding neighbours; and it’s worked: I feel safer knowing we’ve got each other that we’ve found the happy tension between selflessly starving and selfishly stockpiling goods. Mutual Aid is the quiet revolution that will been the real legacy of our ‘interesting times’.